June wrapped up Orca Awareness Month, which is dedicated to celebrating endangered orca populations and inspiring action to help the beloved species thrive. Launched in 2006 by the Orca Network, Orca Month takes many forms through events across the country that raise awareness for the largest and most fragile residents of Pacific Northwest waters. You may not be aware, but Munchkin has a storied history when it comes to orca love. In fact, you could say that every month is Orca Awareness Month at Munchkin HQ!

In 2015, we partnered with the Whale Sanctuary Project, an amazing organization focused solely on building seaside sanctuaries for captive orcas, belugas and dolphins to get a deserving new lease on life. Our first show of support was purposely removing the toy orca whale from our popular Sea Squirts bath collection. Simultaneously, we launched a bold campaign declaring that #OrcasLiveInOceans, because bathtubs are not big enough for orcas. We feel very strongly about rehabilitating these beautiful creatures once they retire from captivity. You can read more about Munchkin’s Project Orca initiative and help spread the message through graphic apparel here.

So how did our involvement with the Whale Sanctuary Project come about? It all started with a chance meeting in 2015. Congressman Adam Schiff was leading a press conference to introduce the Orca Responsibility and Care Advancement (ORCA) Act. The oceanfront locale was especially fitting. Munchkin’s founder and CEO Steve Dunn was in the audience, along with Naomi Rose, a Whale Sanctuary Project board member, and Samantha Berg, a former SeaWorld trainer turned advisor. They got to talking and Steve revealed he’d reached out to SeaWorld with an offer of $1 million to put Tilikum (also known as Tilly), of Blackfish documentary fame, in a sanctuary. He never heard back, and Tilly eventually died in captivity last year.

Upon learning of their shared passion, Ms. Rose and Ms. Berg told Mr. Dunn about a then-new organization called the Whale Sanctuary Project, in which they were both involved. Its mission was to create sanctuaries for orcas retiring from entertainment facilities or rescued from the ocean and in need of rehabilitation or care. The stars aligned from there and the rest, as they say, is history.

Today, the Whale Sanctuary Project has narrowed down a list of 100 potential sanctuary sites to half a dozen that meet a list of very stringent criteria. Now in the highly detailed inspection phase at sites in Nova Scotia, Washington State and British Columbia, the group is closer than ever to realizing their vision of a safe natural habitat for previously captive whales. Through the work and perseverance of groups like the Whale Sanctuary Project, public attitudes toward orcas and others in captivity has shifted dramatically. People are boycotting theme parks with whales as performers, and a Canadian Bill, S-203, aims to end the practice of keeping whales and dolphins in concrete tanks.

Moved? You can do your part to raise awareness for this very worthy cause. It’s never too early to get kids involved, too. Check out the links below to get started. 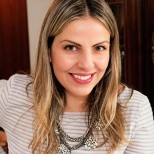 Ani is an award-winning writer and content strategist who has been the voice of many brands for 15+ years. When she’s not busy crafting stories, she's baking healthy treats for her kids or finding her sanity on a spin bike. She lives in Los Angeles with her husband and two kids.